Virtual Watch Party: Coded Bias, A Troubling Investigation Into the Algorithms that Shape Our Lives 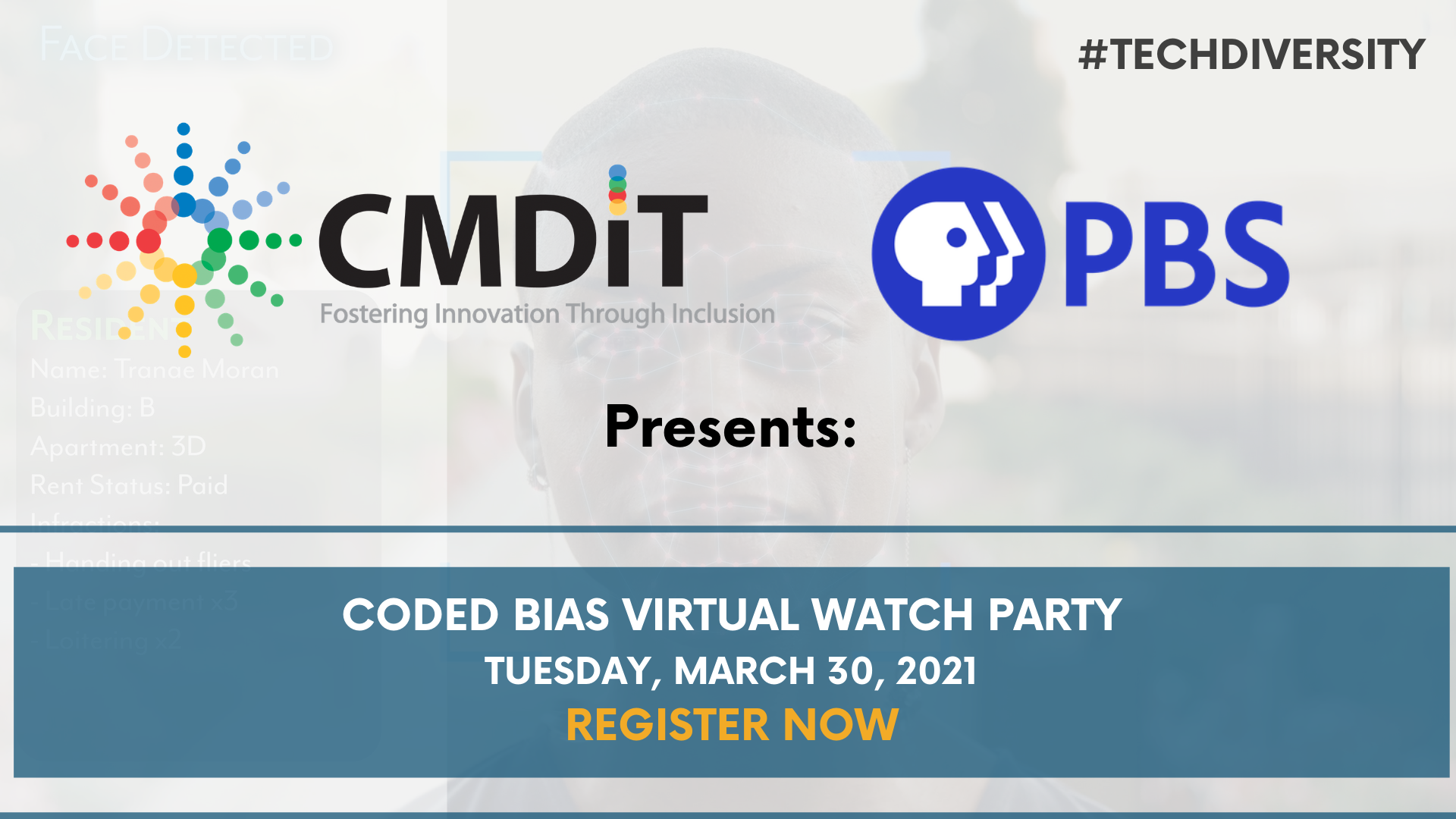 Indie Lens Pop-Up, presented by ITVS, Independent Lens, and Center for Minorities and People with Disabilities in IT (CMD-IT) will present Coded Bias. Join award-winning filmmaker Shalini Kantayya as she embarks on an investigation that uncovers widespread bias in the algorithms that shape the technology powering our lives. While conducting research on facial recognition technology at the M.I.T. Media Lab, computer scientist Joy Buolamwini made the startling discovery that the algorithm could not detect dark-skinned faces or women with accuracy. This troubling realization prompted Buolamwini to start the Algorithmic Justice League, a group of pioneering women who uncover the underlying biases in the technology that threaten our democracy.

For more information about the film, visit: https://www.pbs.org/independentlens/films/coded-bias/

CMD-IT’s mission is to ensure that our target communities are fully engaged in computing and information technologies and to promote innovation that enriches, enhances, and enables these communities so that more equitable and sustainable contributions are possible by all communities. CMD-IT advocates for African Americans, Native Americans, Hispanics, and People with Disabilities in IT, and supports students and professionals via workshops that focus on building leadership skills and career development. CMD-IT helps students and professionals in computing to network and create lasting connections with others in the field, and serves as a resource for those who wish to promote the development of our target communities within computing. For more information, please visit www.cmd-it.org.

what matters most, from newsworthy topics, to family and community relationships. Make friends, share stories, and join the conversation online. For more information, visit pbs.org/independentlens/indie-lens-pop-up

Independent Lens is an Emmy® Award-winning weekly series airing on PBS Monday nights at 10:00 PM. The acclaimed series, with Lois Vossen as executive producer, features documentaries united by the creative freedom, artistic achievement, and unflinching visions of independent filmmakers. Presented by ITVS, the series is funded by the Corporation for Public Broadcasting, a private corporation funded by the American people, with additional funding from PBS, Acton Family Giving, Ford Foundation, the John D. and Catherine T. MacArthur Foundation, Wyncote Foundation, and the National Endowment for the Arts. For more visit pbs.org/independentlens. Join the conversation: facebook.com/independentlens and on Twitter @IndependentLens.