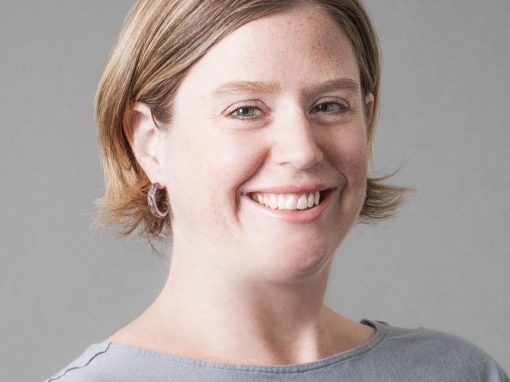 Kendra Walther is the 2021 Tapia Conference Deputy Chair of the Accessibility Committee and a Senior Lecturer of Information Technology at USC Viterbi School of Engineering.  We spoke to Kendra about her career and her engagement with the Tapia Conference.

Tell me about where you grew up and what work your parents did.

I grew up in the Midwest – we moved around all the time. My  dad worked for Kmart and was great at launching new stores.  We moved around a lot as he started new and different stores.  My mom was a bookseller for WaldenBooks. I went to a different school every year of elementary school until we landed in the Milwaukee area for middle and high school.

How did you get started with computer science?

I was good at math and science in school.  As a girl in the 90’s who was  good at math and science – people told me to be an engineer.  I went to Harvey Mudd College and took intro CS my first semester.  It was the first thing that really challenged me; it didn’t feel natural and was hard. Took the next course and realized I liked CS and wanted to do the major but thought that I should retake the second course again because I wasn’t good at it. My Professor Bob Keller said I was one of the best students in the class which gave me a huge vote of confidence to continue.  I was the only female computer science in my year.   I did a CRA summer research project with Dr. Jessica Hodgins after my junior year and attended the Siggraph conference with her animation research team.  I graduated from Harvey Mudd in 2000.

After I graduated, I went to work for Aerospace Corporation doing Software Engineering. My colleagues were teaching at a local college and they invited me to teach a data structures course. I really loved teaching and I applied to graduate school for CS Education.  I went to University of Maryland which had the multidisciplinary focus I was looking for.  I ended up not staying after I completed my Master’s Degree, I did not feel I was working well with my advisor and didn’t feel I could switch advisors or focus. I got a job teaching at an all-boys prep school in DC.  I was thinking about empowering women in CS, and at first it seemed counterintuitive to teach at an all-boys school until someone pointed out that I had the power to change the minds of all these boys who are computer scientists.

I had my first child in 2007 and left teaching to become a stay-at-home mother.  I moved to Wisconsin to be near my family. My father also had a health crisis and it was great to be near them.    I had the teaching bug so I taught yoga classes, baby wearing classes, and learned InDesign to make a newsletter for the quilting guild. Eventually I met someone at the Milwaukee School of Engineering and ended up back in cs — teaching an introduction to programming class for a couple of trimesters. Then my husband was offered a promotion and we had to move to Los Angeles.

What are you working on now?

When we moved to California, I focused on being a PTA mom and ended up running the PTA. I met another mother and she told me she was teaching programming at USC.  Through that connection, I got a job for a year as part-time lecturer and then became full time the following year in 2015.  I found my place again in Academia.  In fact I even co-lead a BoF on teaching without a PhD at Tapia last year.

So I am now teaching track faculty which is 80 percent teaching and 20 percent service.  My focus is on accessibility, diversity and education CS.

How did you become involved in the Tapia Conference?

I went for the first time a few years ago. It is a community of people with different paths and different stories.    You can connect at a small intimate conference like Tapia.   At my first Tapia Dee Winkle and I were at a BOF and realized the facilitator wasn’t there.  As faculty we just jumped in and organized the conversation around “Embracing Diversity in Experiences” – it was an informal but fun way to start being involved at Tapia!

What are your hopes for the next 20 years of Diversity in Computer Science?

Everyone embracing inclusivity for all.  I suffer from depression, an invisible disability. Through my work in accessibility, I have met so many people with a variety of reasons why they may feel excluded in some way…  We need diversity and inclusion through computer science to make sure there is space for everyone.